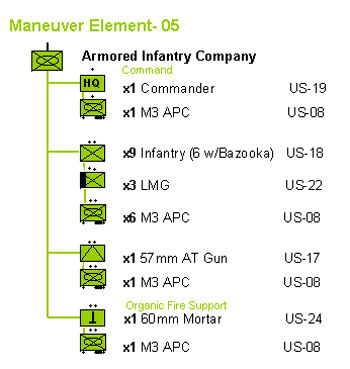 The diagram above shows the organization for one of the basic maneuver elements of the U.S. Army, the Armored Infantry Company. The organization lists the exact number and type of each unit in the maneuver element by the card id number. For example, there are nine U.S. Infantry stands in the company and they all use card US-18. Where a unit is motorized, the type and number of transport units are also listed. Finally, attached anti-tank and artillery assets are also specified.

We show the exact units to use, possible substitutions, common attachments from other units, and other variations necessary to organize your armies so that they will contain an historically accurate force mix.

Maneuver elements were usually organized into higher echelon formations. The adjacent diagram shows how the Armored Infantry Company is used as a building block to build larger units. 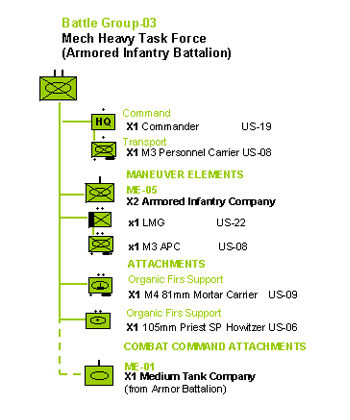 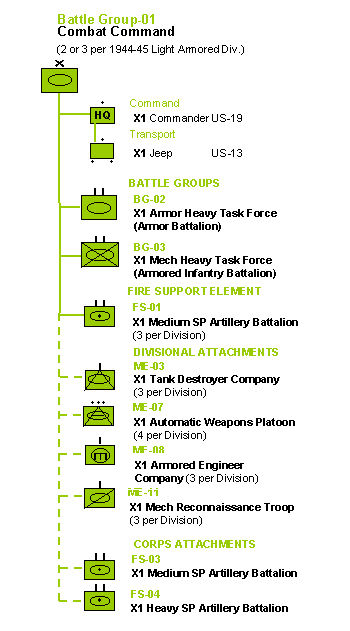 The Combat Command is the highest level of the U.S. organizations represented in the game. It uses task forces and maneuver elements as its basic building blocks with only a few extra individual units. The organization at this level includes elements that are assigned to it from divisional and corps assets.