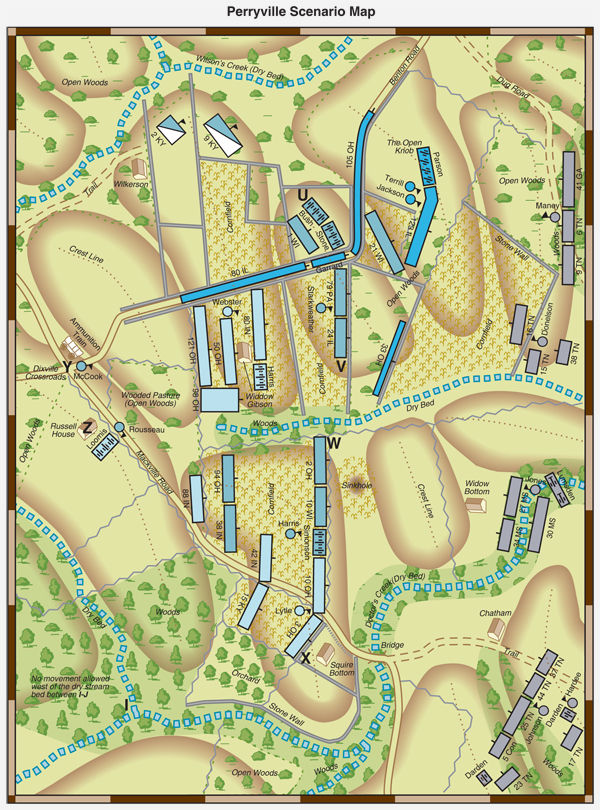 Stand with the Stonewall Brigade at First Bull Run, test the mettle of the Iron Brigade in its first action at Brawner's Farm, charge through The Cornfield at Antietam, and lead hard-fighting Westerners into battle at Pea Ridge, Perryville, and Prairie Grove.

16 early war battle scenarios to go with your Regimental Fire and Fury rulebook have been thoroughly researched, playtested, and designed to offer a wide range of gaming experiences. Each scenario comes with a detailed battlefield map, a complete order of battle with unit labels, and the special rules and content you need to set up and play each game. The book also has a section of optional rules and a new oblique template.


This book only provides scenario information. The basic rulebook, Regimental Fire and Fury, is needed to play these scenarios. 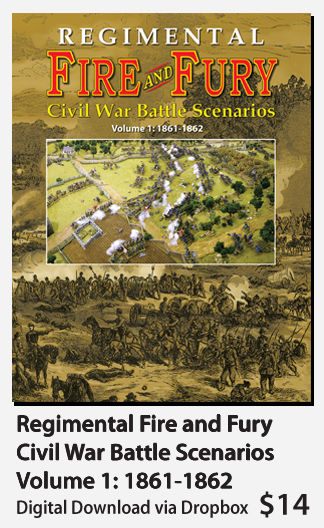 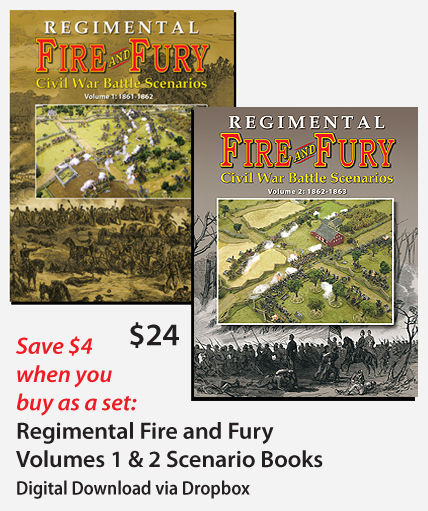